Okay, so it’s been a while. Koh Samui for the most part was uneventful because we hardly left the resort. The resort was the type of place where they give you everything you want so you don’t want to leave and we didn’t also. I will say that this is a resort we normally wouldn’t have even entertained staying at because the rooms were over 600 USD a night but Squire’s brother works at a Starwood and we got a decent discount, it was still a little pricey but for a few nights . . . we decided to splurge. Everyone needs a little bit of pampering, right? 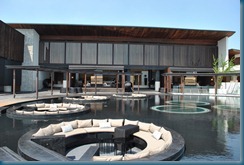 This is a picture of the backside of the lobby, I didn’t get it from the front because I found it to be way more impressive from the back. Each of the circles are sofa settings where you can lounge at get a drink from the bar that sits on the left (out of the picture frame). 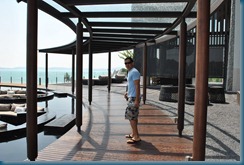 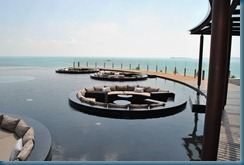 Here are a couple of pictures of the walkway that stops abruptly but overlooks the resort and the Gulf of Thailand. From the top it’s not as impressive looking down (so no pictures) because there are some areas that are still in construction but it’s worth looking out at from each of the little sofa sets. Although at the time of the day we were there, it was HOT! But only a little more than Hawaii summer hot.

A couple of days before we got there we heard that a three day storm had passed through. We met a couple from San Francisco that were there on vacation (without their children) and they said that they were very worried to be so close to beachfront (and high up) at that time. They later found out from the General Manager that they had to close the resort twice because of inclement weather. I’m so glad we missed that and just got to experience the beauty of the island instead. So off to the room.

The first picture below is the walkway to our room. Straight ahead is the beach. The second and third picture are views of the hotel pool and at the very top, the hotel lobby that we had come from. 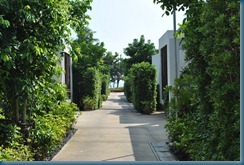 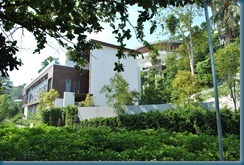 It’s definitely a walk trying to go back up there and most times we take the elevator to the pool and then walk up the rest of the way. 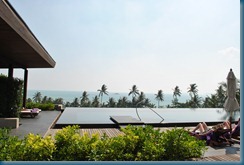 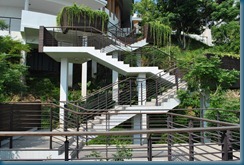 But back to the room. They take care of you here and most times you don’t even have to leave the room. A highlight for us was our own swimming pool! Because of this we only went to the beach to look at the spectacular view. So I’ll just show you the pictures. 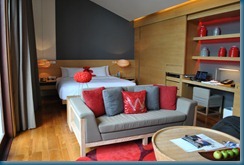 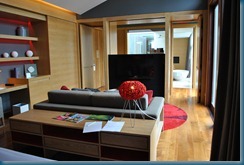 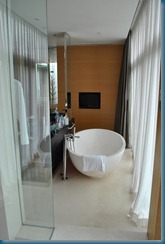 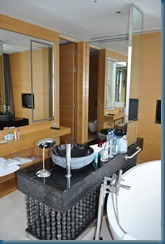 Then it’s off to the beach. 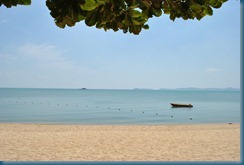 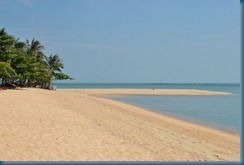 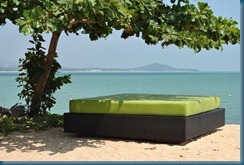 This place was definitely dreamy. One thing I thought was very interesting was that room service actually cost less than a 50% discount at all the hotel’s restaurants. I didn’t get a picture of some of the other perks of the place but a great one was these things called “Sweet Spots.” They were refrigerators and freezers that had an assortments of juice, coffee, water, gatorade, ice cream cones, and ice cream cups. Also the views everywhere were fantastic though. Squire and I ate at a breakfast buffet that was just beautiful. 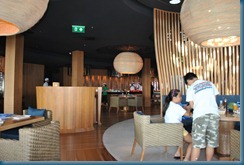 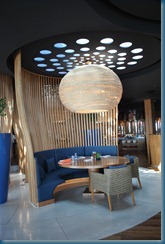 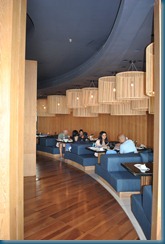 I have to admit some of the décor had me wondering though. Some of them I had to decide for myself what it was actually for. 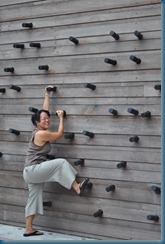 Someone came by and I didn’t get busted. So I guess it was okay, just for the photo.